His reputation follows him—and, let’s face it, it’s a spectacularly well-earned one. After all, arguably no one in the short history of rock & roll has wrung more out of its potential for joyful, hazardous depravity than Tommy Lee, Mötley Crüe’s legendary drummer and longtime scourge of conservative America (conservative everywhere, if we’re being honest). Certainly, the debauchery had abated by the band’s outrageously successful 2015 reunion tour; and these days Lee can be found contentedly locked in the basement studio of his Los Angeles home, diligently working on his own curiously artful music.

Artful indeed, as the results of those enthusiastic subterranean solo sessions have proven strikingly unexpected. The best of it can be heard on his extravagantly outlandish and just released new solo album ANDRO (Better Noise)—which is literally startling in its wild experimentations, as if Lee had allowed himself a series of full on possessions by the gods of so many musical genres you would never dream of associating with him.

But it wasn’t pulled off alone, mind you; rather, he enlisted several equally extravagant accomplices from around the globe to fully conjure this curious sort of masterpiece. So we get South African rapper and blazing fireball Push Push lending her inimitable stylee to the twitchy-glitchy hip-hop track “Tops.” And an unrelenting Killvein practically brings the world to its knees on the industrial-metal stormer “Knock Me Down” (sonically NSFW, just be warned). But other moments may cause a few jaws to veritably drop to the floor—for instance, Lee covering Prince’s “When You Were Mine” into what sounds like a Juju-era Siouxsie track, then summoning his own version of The Purple One with the utterly funkariffic “You Dancey.”

If that weren’t enough to make you tilt your head in bewilderment, the blippy synths on “Caviar on a Paper Plate” sound like an earnest homage to Man Machine period Kraftwerk. And then we get Tommy showing his more sultry side, coaxing a winsome vocal performance from King Elle Noir for the slinky R&B of “P.R.E.T.T.Y.”—which is exactly what it says it is.

And just to make sure he’d done something that seemingly no one else had ever thought of doing, he went sort of accidentally conceptual with the whole project: precisely half of ANDRO is female energy, half is male.

Amusingly, he’s also one of the most charmingly unassuming and effortlessly funny really famous people who we could ever hope to engage for an interview—which is just what we did, from our mutual quarantine positions on opposite coasts. 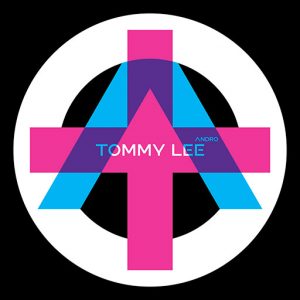 So how are you doing under quarantine?

It’s weird to say…but awesome. I’ve almost got another record written, it’s frightening. I told my manager that, and he was like, “Okay, hold on a second.” But I’ve just been here in the studio making music, also cooking up new recipes, riding my bike around. It’s just me and my wife, my kids come by a couple of times a week.

It’s a strange time to be releasing music; but people really kind of need it, don’t they?

When I thought about it, I was like, I don’t know—so we pushed the record back. But now people have figured out their daily rituals, and also when they need to turn to new music to make them feel better.

An industry friend said that music sales are up about 25%, especially classical and ambient. Everyone might need to just phreak it right now, though.

Yeah, I have this ambient channel that I listen to, we all really did need a bit of calm. But that’s getting kind of old now.

Regarding the genesis of ANDRO…after the last Mötley tour, were you just recording songs and suddenly realized that you had a cohesive album?

When the Mötley tour ended New Year’s Eve 2015, I told myself I was taking a year off. People said to me, “there is no way you’re going to sit around for a year,” and I was like, “watch.” And I did it, I unplugged for a year. Then I started going crazy, so I started making music with no intention. That turned into two years, and I realized I had some killer shit—so I had to make a record.

How did the process of engaging this worldwide collection of collaborators go?

I find a lot new music on Hype Machine and Soundcloud. As for Killvein, someone pointed me in his direction, and it was like, “ding ding ding!” I have a track with his name all over it—and we banged it out in a day. And “Tops,” with Push Push…she was on my list of possible collaborators for a couple of years. I love her South African style of rap, that accent—she’s a real firecracker.