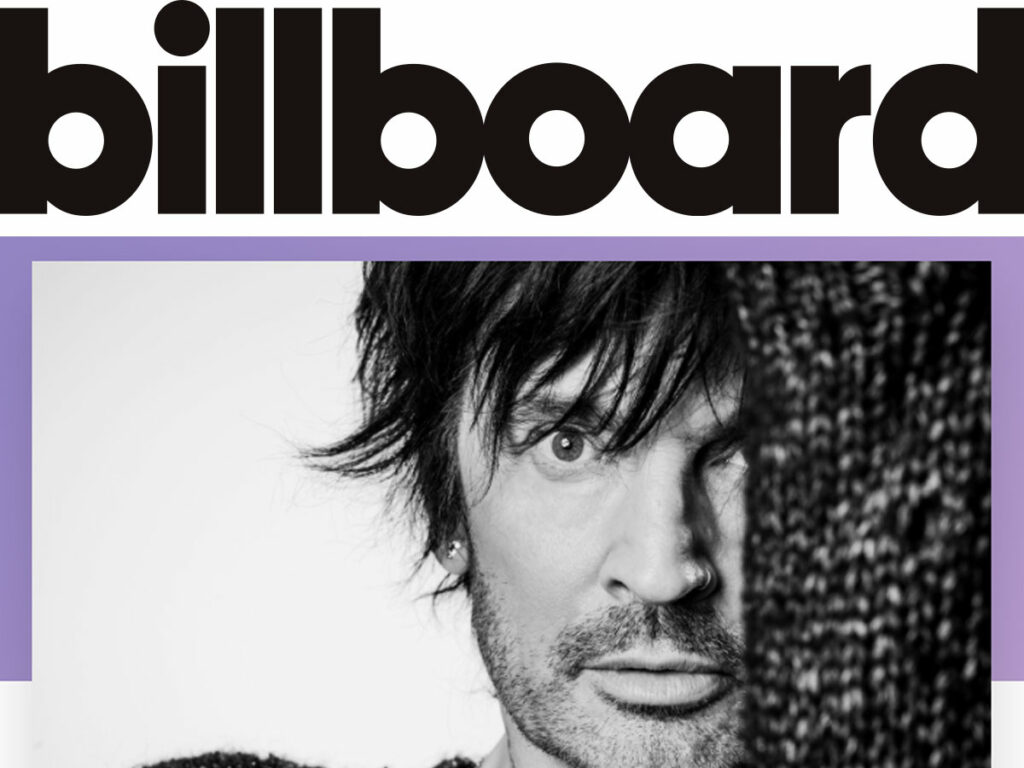 Mötley Crüe’s Tommy Lee has been known as a wild man of nearly 40 years’ standing at this point. Leave him to his own devices, however, and things get even crazier — creatively.

Evidence his rap-rock band Methods of Mayhem, for instance, or a brief tenure with alt-rock veterans Smashing Pumpkins. And then there are guest collaborations ranging from Richard Marx (“Streets of Pain”) to Rob Zombie (“Meet the Creeper,” “The Ballad of Resurrection Joe and Rosa Whore”), and stops with The Bloody Beetroots (“Raw”) and Post Malone (“Over Now”).

On Oct. 16, Lee will release Andro (Better Noise Music), his third solo album. Recorded at home “inside my weird little bubble” during what he says was a two-year period, the 13-song set offers a survey of the genre-hopping Lee likes to do when he’s not on Crüe duty. The album spans industrial rock, hip-hop, funk, Afrobeat, EDM and other electronic styles, with the odd pop hook thrown in. It also finds Lee playing nice with others, mostly such up-and-comers as Lukas Rossi (singing on “You Dancy” and a languid cover of Prince’s “When You Were Mine”), Mickey Avalon, Killvein, Push Push, King Elle Noir and Brooke Candy, while Post Malone repays the favor via, appropriately, Lee’s remix of Post Malone’s “Tommy Lee” track with Tyla Yaweh.

There’s not a lot of shouting at the devil during Andro, but there is plenty of unapologetic musical muscle flexing that shows Lee spends his time well when he’s not hanging upside down from a drum kit. Below, Billboard talks with the rock icon about his new solo set.

What did you set out to do with Andro?

I didn’t really set out to do anything except to write some music. It was a two-year process. The Mötley tour, the Final Tour, was wrapped up, and we weren’t really ever going to play again, so I was kind of just doing my thing and this really turned into something unplanned and authentically, magically cool. I started working on music, and all of a sudden, I had this body of work with a bunch of male energy and female energy, and I was like, “This is f–king amazing.” I don’t know how it happened. It just happened. [Laughs.]

There’s a kind of playlist feel to the whole thing. Was that part of the intent?

That’s interesting; I never heard it put that way, but I guess it is, in a weird way. It’s all over the place, and I just love that. It’s just where my head was at any given time, any idea that came to me and what I was feeling. I just went with it, and it took on this really fun, super-eclectic course that I was able to harness and put together. So yeah, it’s a playlist that I created that I love and want to share with everybody.

It’s kind of the way you do music on your own anyway, isn’t it?

You’re right. It’s nothing new for me. People who followed Methods of Mayhem and my solo ventures after that know I’m really out there when it comes to my musical tastes. I love so much stuff. I love pretty much everything but country music (Laughs), so I’m inspired all the time. Whether it’s some dance track or some EDM track, I’m like, “Omigod, that’s beautiful!” — and then, boom, there I am writing something with that sort of energy. So I’m all over the place, man, and I like it that way. And I guess it keeps people on their toes, too, as a listener, like, “What the f–k is he going to do next? What is he thinking? Where’s he going?”

You are, of course, known mainly as a rocker via Mötley Crüe. Where does that fit in on Andro?

You’ve got “Knock Me Down,” which was the first single, and that’s a super-heavy screamo rock/metal kind of vibe. And there’s a few other bangers — there’s a super-funky, like rocky funky à la Prince, called “You Dancy.” John 5 from Rob Zombie played on both of those tracks. So there’s some [rock] on there.

Talk about your collaborators on Andro. There are a lot of fresh, new names.

I keep a list of people that I love to collaborate with, and over time they’re people that have been added to my list. I’ll hear something, and it’s like, “Oh, f–k, I have to work with this girl!” and one of them was Push Push, the South African rapper. I always wanted to do something with her. And then there’s Brooke Candy and King Elle Noir… It kind of starts from an artist [where] I’ve really enjoyed their work, or they’re freaking me out enough to go, “I’ve got to work with them!” And the next thing you know, we’re working together on a track.

Explain the male-female aspects of Andro. It sounds like you were intentional about how you wanted them to coexist on the album.

It’s just something that came organically — some guys and some women being part of the songs. And at some point, I said, “There’s something really cool here that’s happened. Why don’t I give them each their side — a kind of old-school Side A that’s all male energy and Side B is all female energy?” I tried to sequence the work kind of ping-ponging back-and-forth more, and then I started listening to them as a whole, with all-male, then all-female energy, and I really dug that, so I decided to roll with it.

What were some of the fresh inspirations you tapped this time around?

I’m inspired by things all over the place, whether it’s hearing some sort of underground stuff from Europe or just inspired by some new sound in the studio. All of a sudden, shit, there’ll be a new sound, and that’ll drive into a new song. So there are different inspirations at different times. It’s just, I guess, the next step for me.

You have an interesting take on Prince’s “When You Were Mine” on here.

That is probably one of my favorite songs on the record. I’m a massive Prince fan, first of all. My buddy Lukas [Rossi] had the idea, and at first, I wasn’t interested in covering it because it’s so fast and poppy and happy — actually, it’s a pretty dark lyric, like maybe it was meant to be on a slower track. So we took it and slowed it down and made it really dark and sexy, and it just turned into a different animal. I think it’s one of those where if Prince heard it, he’d probably be like, “God, I should’ve done it that way.”

You couldn’t resist taking on “Tommy Lee,” could you?

Oh, yeah… [Laughs.] That’s so freaky, man. It’s still hard to grasp sometimes. A lot of hip-hop artists give you a shoutout; I’ve heard my name in, Jesus, probably 15 different songs over the years, and it’s so cool to receive those. I’m honored. [Post Malone and Tyla Yaweh] did this track, and they hit me up to do a remix, so absolutely! I just couldn’t believe they called a song “Tommy Lee.” That just blew my mind. I thought the track was f–king awesome, and when they asked me to do a remix, it took me about point-zero seconds to say, “Of course!”

I just had fun with it. I did two versions — sort of a rappy version, which was maybe a little close to what the original was like, and then a full-blown, rocked-out version with guitars and drums, which was more of a remix, and they loved it. So it was a blast, man. Everybody’s pretty stoked.

Are you thinking about doing any sort of virtual performance or event around Andro, since you can’t do concerts or even club DJ sets?

I’ve thought about it, and, man, it’s so bizarre. I see people doing stuff online, and it just doesn’t quite blow my skirt up. When I think of [live] music in general, it’s got to have the people and the sound that’s loud as hell and everybody going bonkers. That doesn’t come across on a computer screen or a telephone or watching it on your home theater. It’s something you have to be at. So in my mind, [there] probably [will be] nothing until things are back to normal, or whatever normal is going to be. But sure, man, I would love to go play live; hell yes. I honestly miss it.

Which you’re going to be doing hopefully next summer, when Mötley Crüe takes The Stadium Tour out.

We moved it to June, so I hope so, man. I hope so. With multiple stadiums, all that giant, open, crazy space to work with, Nikki [Sixx] and I are like two kids in a candy store. We’re known for putting together something people are going to walk out [of] going, “Are you f–king kidding me?” That’s our mission right now. We’re definitely headed in that direction. It’s going to be incredible, man. It’s going to be a lot of fun.

Are you working on more new music in the meantime?